Our staff is comprised of a dedicated, friendly team with a track record of superior service and attention to detail. We provide quality legal work and exceptional service. Our lawyers are highly regarded experts and demonstrate skills exceptional knowledge and experience in their area of practice on a daily basis.

Our legal team is made up of dedicated professionals skilled in a variety of fields, including a number of senior lawyers at senior partner level and paralegal and support staff with enormous experience and expertise. 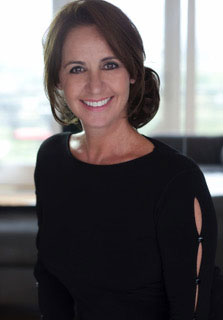 Paula Paizes is a media, entertainment and commercial lawyer with over 25 years of experience, residing between Los Angeles and Sydney, working on both sides of the Pacific. She has deep relationships in Hollywood, Australia and internationally and has extensive experience in representing a variety of media, entertainment and technology clients, providing practical and personalized service. Paula is entrepreneurial and global in outlook, looking to strike the best deals for her clients providing creative deal making and transactional support.

After serving as legal counsel to Sir Andrew Lloyd Webber's Co, The Really Useful Co, she joined them as in house general counsel working in Sydney and then New York. After settling in Los Angeles in the late 1990’s, Paula commenced a consultancy business advising many film and media companies and later became a principal and managing director of Ignite Capital Partners, a financing and strategy company based in Santa Monica, CA, providing overall strategic advice and business affairs consulting for many Film, TV, Digital Media, Technology and Software clients. Paula has also served as an Arbitrator for bond company, Film Finances, in film related disputes and has produced and executive produced TV and Film.

Paula also provides leadership to several companies and organizations by serving on their corporate boards and has served on many not for profits. Paula co-founded Los Angeles based industry organization, Australians in Film and over a period of 13 years served on its Board and as President and Chairman of the Board. Paula was actively involved in the growth of the organization and its management and was instrumental in establishing the prestigious annual Heath Ledger Scholarship for emerging artists and the annual Break Through Awards. Paula also served on the Advisory Board of “Women Who Lead” part of the Los Angeles based AMEC (American Media and Entertainment Counsel) and is a visionary circle member of not for profit, Visionary Women, which mentors young women in the arts, tech and entertainment.

Paula has a BA, LLB from Sydney University and is an accomplished speaker at various industry events.

Paula’s legal experience and expertise is focused in the following areas;